In 2019, there were 561,582 traffic crashes on our Texas road.   From that figure, drivers were distracted in 97,853 of those accidents or 17.4%.  In addition, these distracted drivers resulted in 378 deaths and 2,500 serious injuries in Texas.  Effective September 1, 2017, state law prohibits drivers from reading, writing, or sending electronic message(s) on mobile phones while driving.  TxDOT is asking all drivers to always keep their eyes and attention on the road and avoid distractions of any kind. While cell phone usage is the most recognizable driving distraction, TxDOT also urges drivers to avoid these high-risk behind-the-wheel activities:

Buckle Up!  The number of people who don't buckle up doubles to 16 percent at night, when more fatalities occur.  Wearing a safety belt improves survival by 50 percent for front seat passengers during a crash.  Wearing lap and shoulder belts (combined with air bags) is the most effective way to reduce fatalities and serious injuries in traffic collisions.  Texas law now requires drivers and all passengers in vehicles to be secured in a safety belt.

Safety Belts are most effective when used properly: 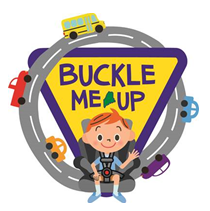 Guidelines for buckling up from birth to 8 years of age.

Bicyclists have the same rights and responsibilities as drivers.  As a bicyclist, you should obey all traffic laws, including the following:

, a motorcyclist dies in a crash on Texas roads every day.  In 2019, 412 riders lost their lives and 1,812 were seriously injured in motorcycle crashes.  More than half of all fatal motorcycle crashes result from a car or truck colliding with it, often because drivers simply didn't see it or misjudge how close it is and how fast it's traveling.  The small size of motorcycles compared to other vehicles on the road means they can appear to be farther away than they are, and it's easy to misjudge their speed.  The combination of congested roadways, distracted driving, and the difficulty of seeing motorcycles in traffic has led to far too many preventable fatalities each year.

Tips for Safely Sharing the Road with Motorcycles:

Move Over or Slow Down:

The state's Move Over/Slow Down law, which traditionally has required drivers to yield to police, fire and emergency vehicles, has been expanded to provide the same protection for TxDOT workers.  Effective September 1, 2013, drivers must move over or slow down when approaching TxDOT workers and vehicles that are stopped with overhead flashing blue or amber lights.

The new addition to the Move Over law required motorists to move out of the lane closest to a TxDOT vehicle when possible OR reduce their speed to 20 miles below the posted limit.  If the road does not offer multiple lanes, the driver must slow down.  On roadways with posted speed limits of 25 miles per hour or less, drivers must reduced their speed to 5 miles per hour.