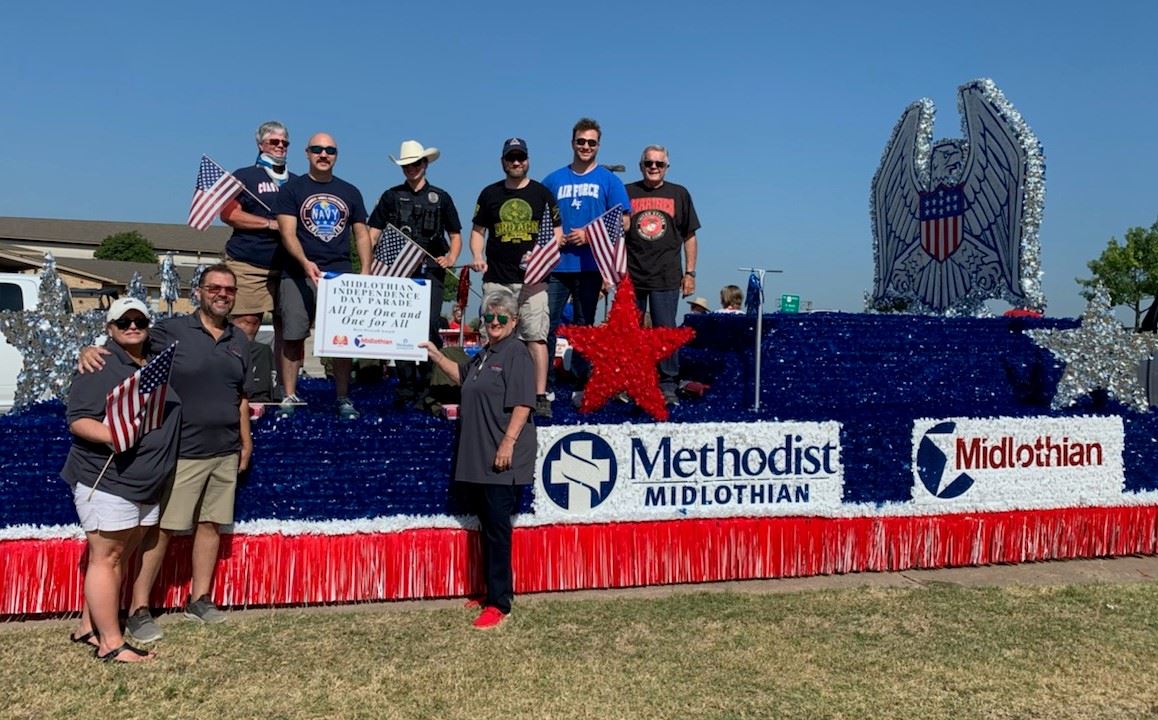 Park Board members presented the All for One and One for All - Best Overall award to Methodist Midlothian's float, which held parade grand marshals, representing America's military:

Harry Conerly, who served as a Corporal in the U.S. Marine Corps from 1957 to 1960.  He was stationed in Kaneohe Hawaii and served in the HMR161 helicopter squadron.

Kaleb Tompkins, a 2021 graduate of Midlothian High School and now an Air Force cadet, attending the Air Force Academy where he plays defensive end for the academy’s football team.

Marissa Frazer, a 2013 Midlothian High School graduate and a Midlothian Police Officer.  She is currently is a Captain in the Oklahoma Army National Guard where she commands a combat arms company in the 45th Brigade’s Combat Team.

Janet Beesley, who served in the U.S. Coast Guard from 1981-1993, obtaining the rank of Petty Officer second class.

Tom Kowatch, who  served in the U.S. Army from 2001 to 2009.  Obtaining the rank of Sargent, he was stationed at Fort Carson in Colorado and served as a medic. 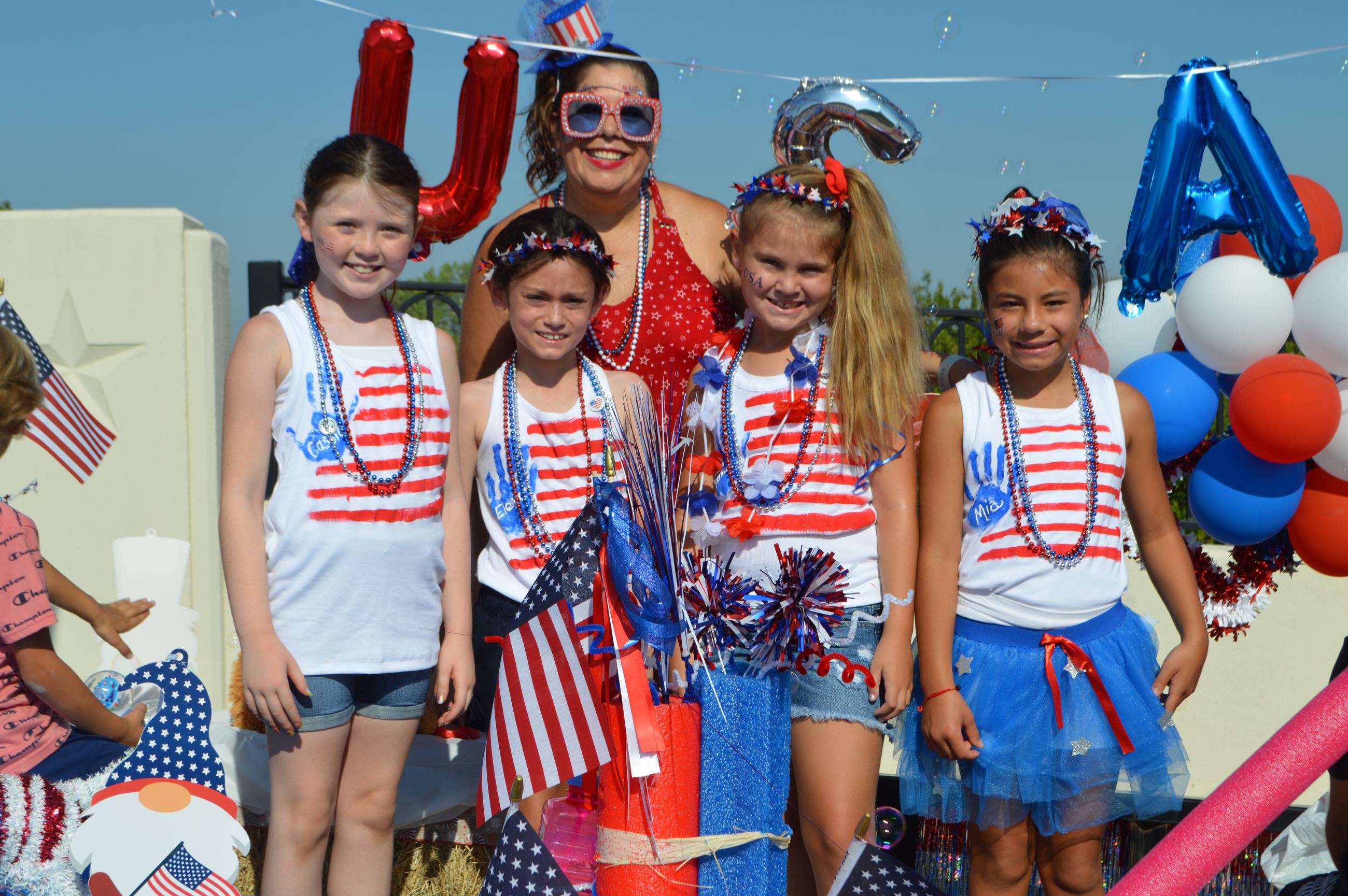 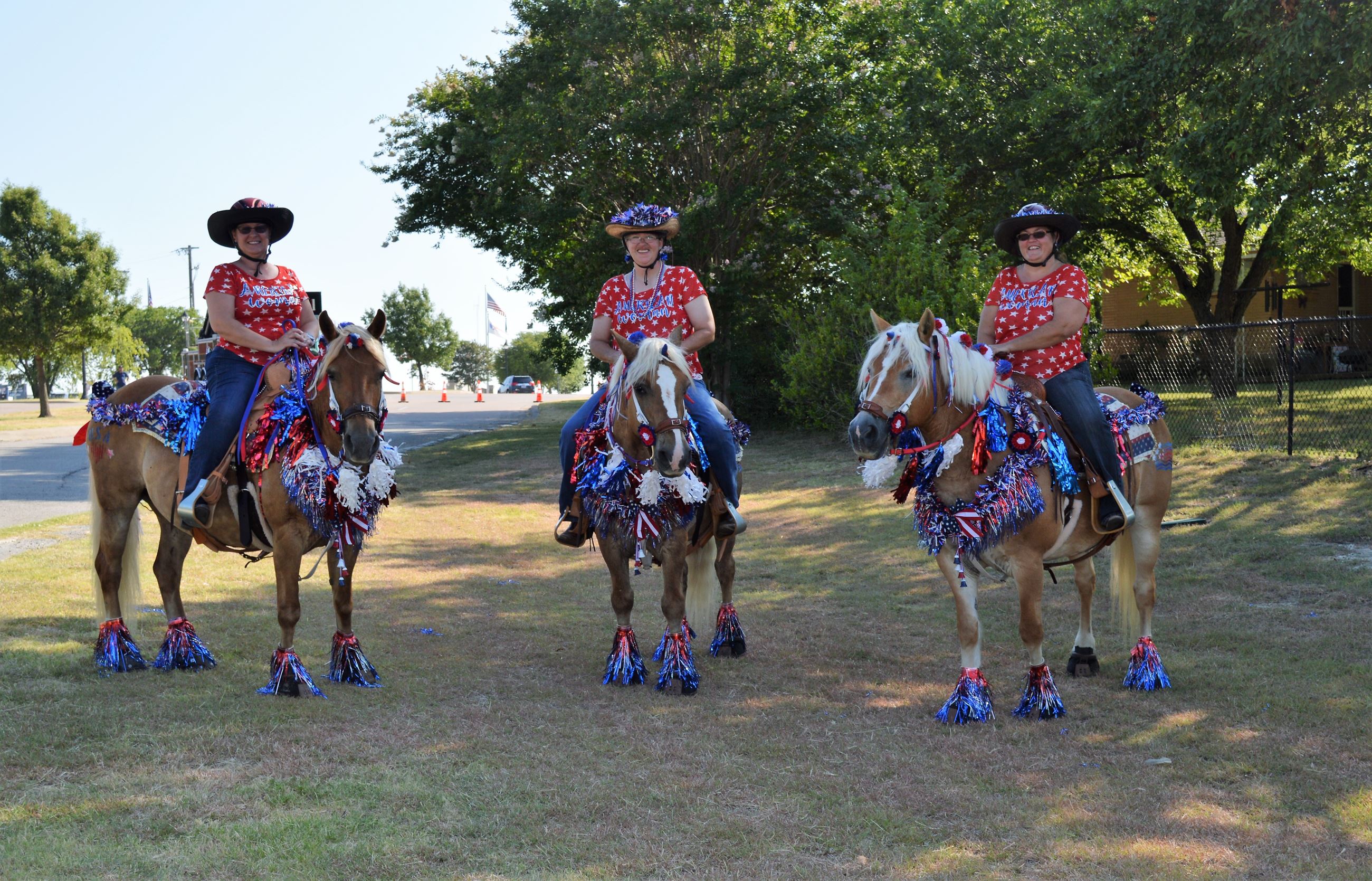 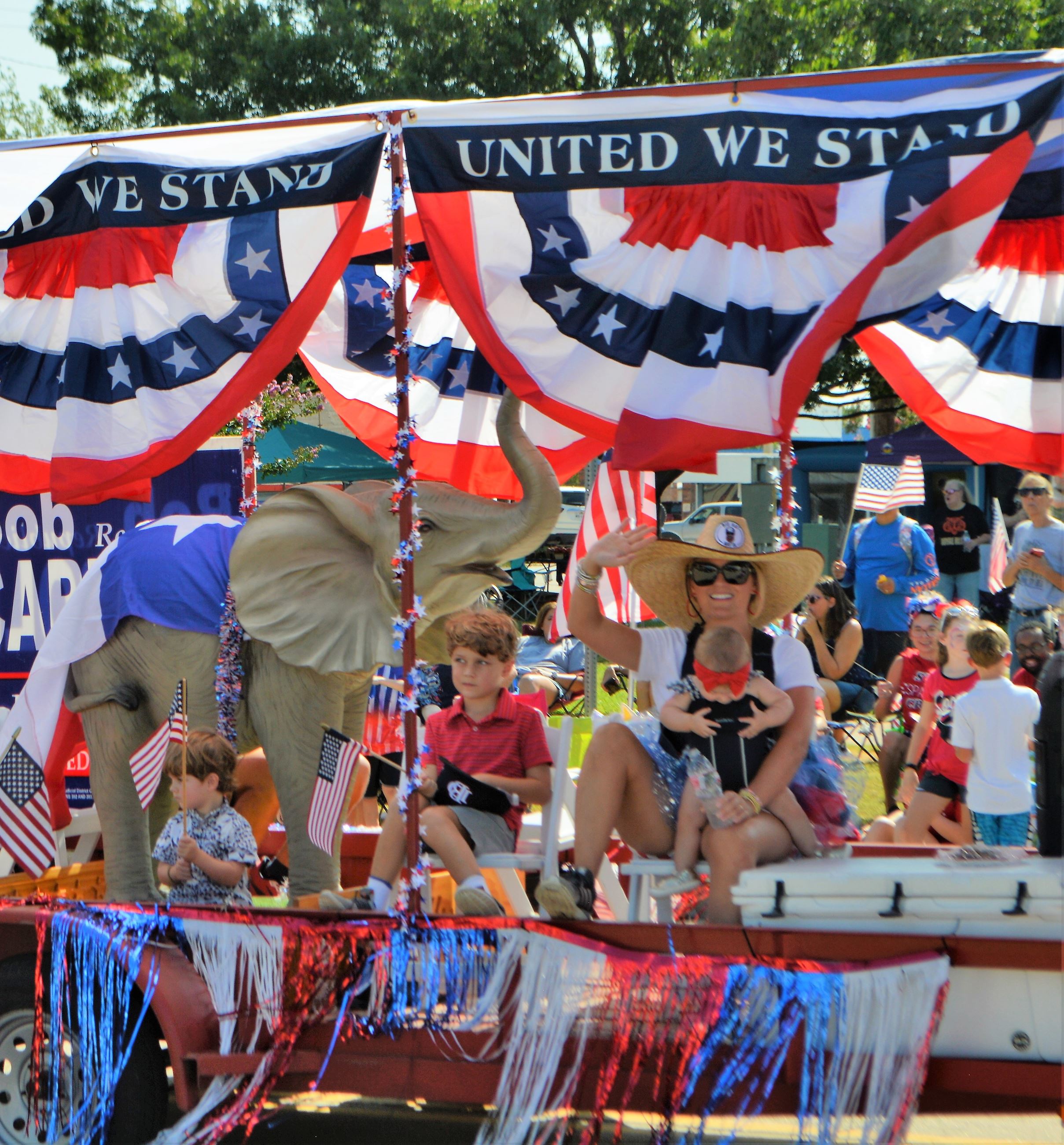 Midlothian’s Independence Day Parade and Festival will kick off  at 8 a.m., Saturday, July 2nd.  It will include an arts & crafts and vendor fest and parade.

The “The United We Stand” parade will step off at 10 a.m. at Avenue B and the 8th Street Bridge, follow north 8th Street south to Heritage Park, turn west on Avenue F and end at Overlook Drive. (Parade entries check in at 8 a.m. at the Midlothian Police Department, 1150 N. Hwy. 67. Dispersal is also at the Police Department parking lot.)

For those who cannot attend the parade, it will be broadcast live on the city's Facebook page. 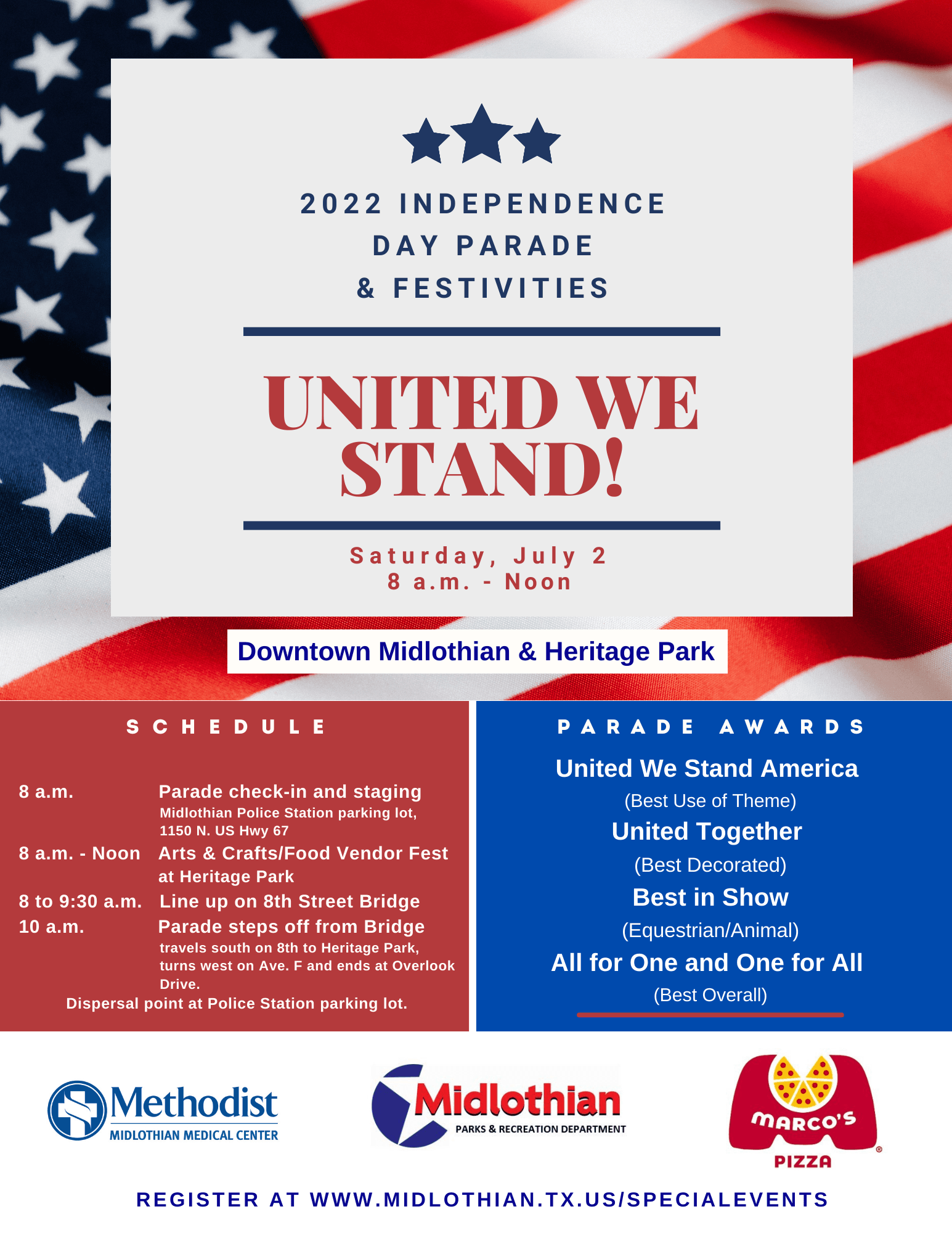